Ligia Deca is coming to Women of Romania 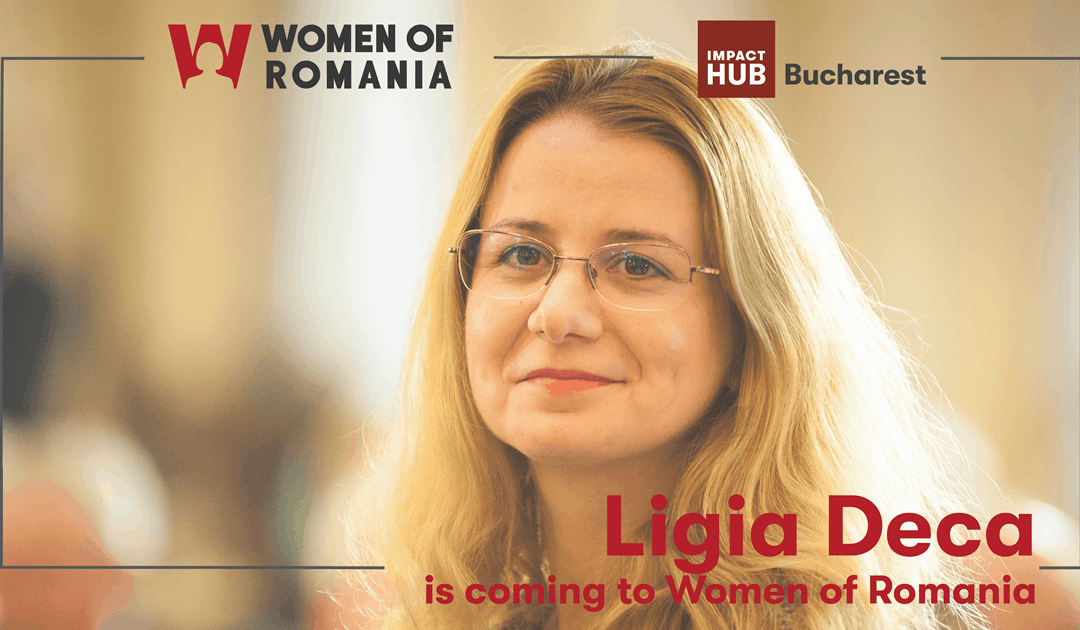 Ligia Deca is the State Adviser for Education and Research at the Romanian Presidential Administration and is currently the coordinator of the “Educated Romania” Project. She holds a doctorate in Political Science at the University of Luxembourg and is the author of several papers and studies in the field of educational policies. Ligia Deca has previously taught a course on teaching and training systems and educational inclusion at the West University of Timisoara (2014-2015).

She was part of several projects coordinated by the Executive Agency for Financing Higher Education and Research (UEFISCDI), as an expert in public policies in the field of education (2012-2015). She was the Head of the Bologna Process Secretariat (2010-2012), the international body responsible with the implementation of the Bologna Process within the EHEA member states and the preparation of the Ministerial Conference (that was organized in Bucharest, in April 2012). She has also coordinated the International Conference „Future of Higher Education – Bologna Process Researchers Conference” in 2011 and 2014.

In the period of 2008-2010 Ligia Deca was the Chairperson of the European Students’ Union, thus representing for two consecutive mandates the interests of 11 million students from 37 states. Previously, she coordinated the Coalition for Clean Universities (a project targeting to promote good governance within the Romanian HEIs) and was involved in the fight for students’ rights as the leader of both national and local level student organizations.

Watch this interview to find out more about Ligia Deca!

Registrations for Women of Romania 2018 are now open!

This website uses cookies to improve your experience while you navigate through the website. Out of these cookies, the cookies that are categorized as necessary are stored on your browser as they are essential for the working of basic functionalities of the website. We also use third-party cookies that help us analyze and understand how you use this website. These cookies will be stored in your browser only with your consent. You also have the option to opt-out of these cookies. But opting out of some of these cookies may have an effect on your browsing experience.
Necessary Always Enabled
Necessary cookies are absolutely essential for the website to function properly. This category only includes cookies that ensures basic functionalities and security features of the website. These cookies do not store any personal information.
Non-necessary
Any cookies that may not be particularly necessary for the website to function and is used specifically to collect user personal data via analytics, ads, other embedded contents are termed as non-necessary cookies. It is mandatory to procure user consent prior to running these cookies on your website.
SAVE & ACCEPT